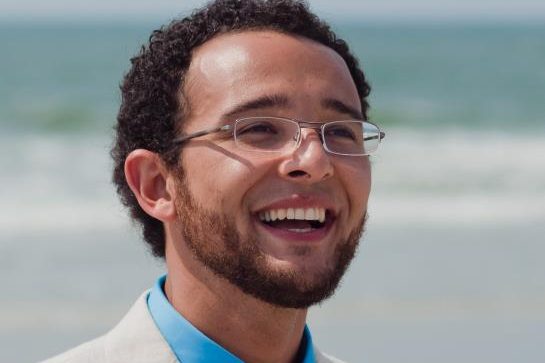 Gideon is the author of One Window’s Light: A Collection of Haiku, published by Unicorn Press, 2017, winner of the 2017 Haiku Society of America’s Merit Award for Best Anthology.

Gideon earned a bachelor’s degree in Literature from the University of Connecticut and a master’s degree in Teaching Elementary Education from North Carolina State University. He is a Teaching Fellow for A+ Schools of North Carolina, a K-12 Literacy Specialist, and former Title 1 Elementary School Reading Teacher. He lives in Chapel Hill, NC, with his wife and daughter.

After the Featured Poet reads, the mic is open for original poems from other poets who sign up. The Library is located at 400 Johnson Street, New Bern, NC. This is a free event with donations requested to support Nexus Poets, a not-for-profit group of New Bern poets promoting poetry in eastern North Carolina.