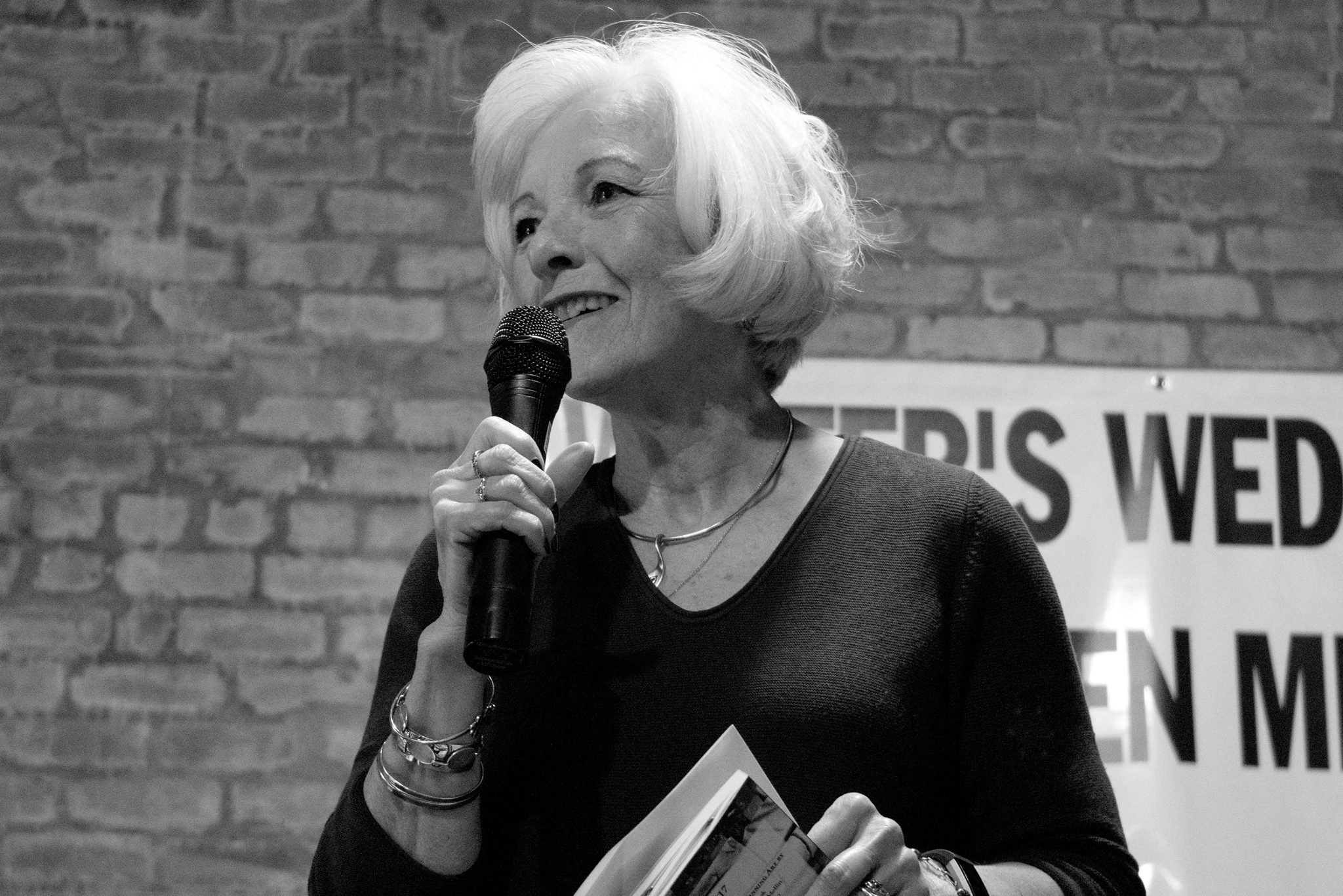 Jo Ann Steger Hoffman will be the Featured Poet at the Nexus Poets’ Open Mic at 7:00 pm January 8th at the Harrison Center, 311 Middle Street in New Bern.

Hoffman is a writer, editor, and former corporate communications director whose publications include a children’s book, short fiction, and a variety of poems in literary journals, including The Merton Quarterly, Persimmon Tree, Pinesong, New Verse News, and Ground Fresh Thursday. She has received recent contest awards from the Carteret Writers, Pamlico Writers, and the Palm Beach Poetry Festival.

“Jo Ann Hoffman’s poetry often demonstrates keen observation of the natural world,” according to local poet Jeanne Julian, “but it doesn’t stop there: she launches us into pondering the trepidation and exhilaration of being human. When we read her description of rain, for example, we realize her poems have the same effect: ‘cleansing a wound without washing it away.'”

Two of her poems are in Kakalak 2017. One was selected for Poetry in Plain Sight 2018 and was posted in windows in New Bern.

She also helps to bolster the region’s thriving literary scene, as co-organizer of open mic events in Beaufort, and as officer of Carteret Writers, Inc.

A native of Toledo, Ohio, she and her husband now live in Cary and Beaufort, North Carolina.

After the Featured Poets reads, the mic is open for original poems from other poets who sign up. The Harrison Center is located at 311 Middle St. in New Bern. This is a free event with donations requested to pay for the space. The readings are sponsored by the Nexus Poets, a not-for-profit group of poets promoting poetry in Eastern North Carolina.